Get to know John Douglas Thompson

English-American actor John Douglas Thompson is one of the most compelling figures of our time, both on stage and on screen. His distinct voice commands our attention and takes us to another world, allowing his audience much needed escapism in these trying times. Thompson was born in Bath, England, and grew up in Montreal. Much of Thompson’s stage work has been in New York City but he has performed all along the East coast. Called “perhaps the greatest Shakespeare interpreter in contemporary American theater” (The New York Times), Thompson has played many of Shakespeare’s leading men: Prospero, Hamlet, Macbeth, Mark Antony, and Othello on four separate occasions. The Merchant of Venice marks his fifth collaboration with Obie Award-winning director Arin Arbus where he dons the mantle of yet another classic character, Shylock. If you’re a fan of HBO, you’ve also seen him recently in hit shows like The Gilded Age (opposite Audra McDonald) and Mare of Easttown. 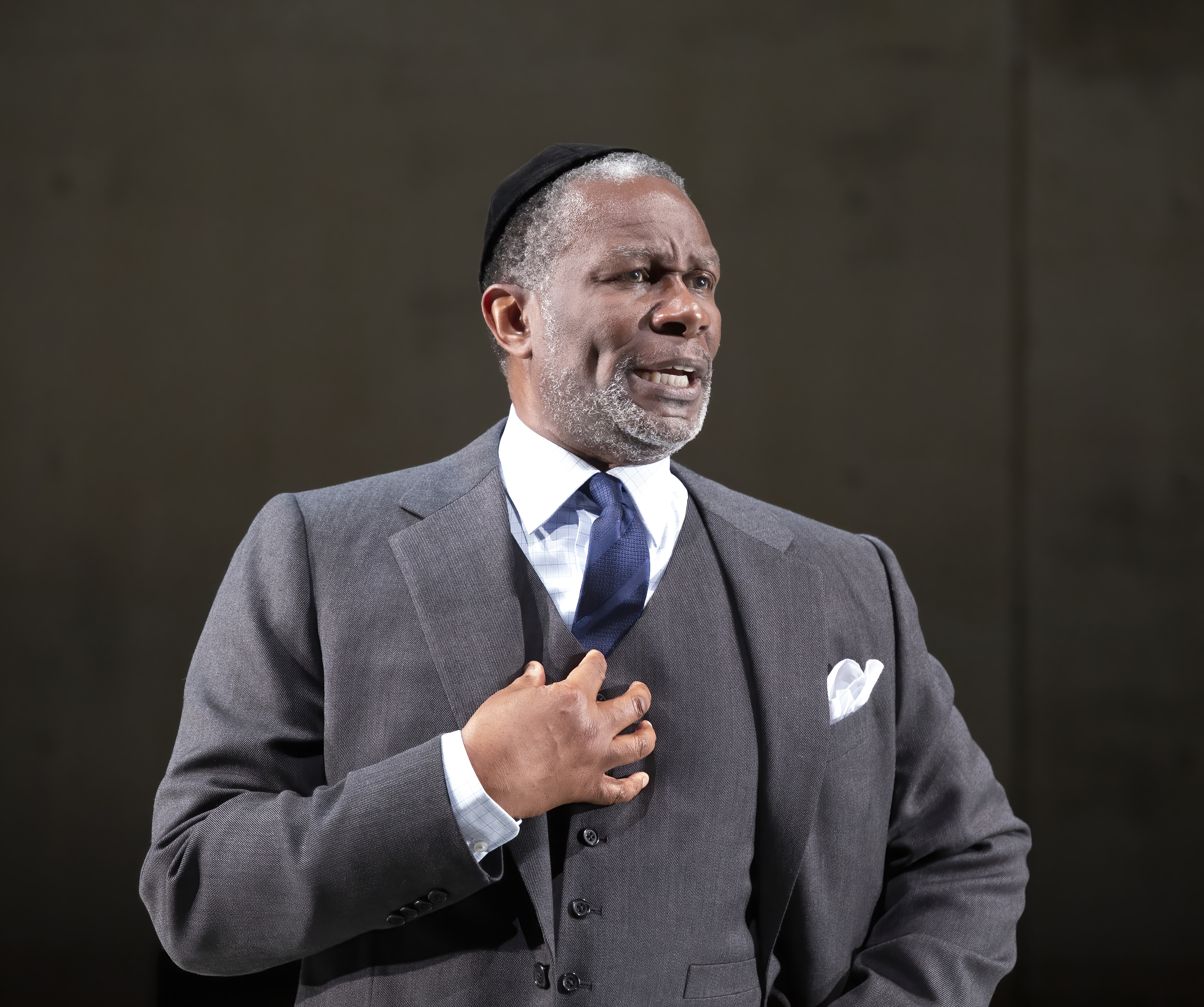 Thompson has won several awards including two Obie Awards, three Drama Desk Awards, a Lucille Lortel Award, and NAACP Award, and received a Tony Award nomination for his role in the Broadway premiere of August Wilson’s Jitney in 2017. Now as the first Black actor to play Shylock on a professional stage in New York, Thompson is continuing to break ground and astound audiences with his deep emotional embodiment of one of Shakespeare’s most iconic roles in this can’t-miss rendition of The Merchant of Venice.

Make sure to see Thompson as the complex yet iconic character Shylock and the rest of the talented cast of The Merchant of Venice from March 22–April 17 at the Michael R. Klein Theatre at the Lansburgh. Tickets start at $35.

Photo of John Douglas Thompson as Shylock in The Merchant of Venice by Henry Grossman.