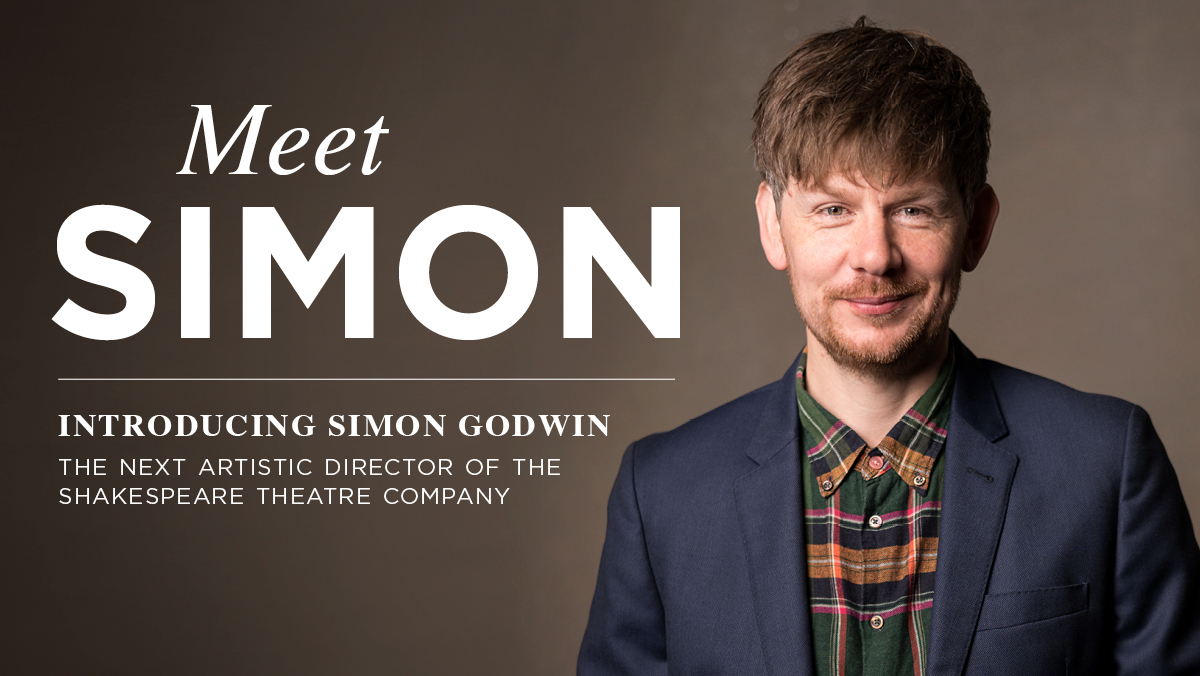 We are delighted to introduce you to Simon Godwin, the Shakespeare Theatre Company’s new Artistic Director and the creator of our exciting 2019/20 Season.

Simon made his debut at the National Theatre with Strange Interlude followed by Man and Superman. When Rufus Norris became the new Artistic Director of the National Theatre in 2015, he invited Simon to become part of his team of permanent Associates. Since then Simon has directed The Beaux’ Stratagem, Twelfth Night, Antony and Cleopatra with Ralph Fiennes and Sophie Okonedo and the new world premiere of Hansard by Simon Woods.

Simon has also enjoyed a long-standing relationship with the Royal Shakespeare Company. In 2014 he directed The Two Gentlemen of Verona followed in 2016 by an acclaimed Hamlet, which toured to the Kennedy Center. Simon returned to the RSC in 2018 to direct Kathryn Hunter in the titular role in Timon of Athens, a production to be re-imagines for our 2019/20 Season. In 2019 he made his Tokyo debut, directing a Japanese cast in Hamlet for Theatre Cocoon.

His recent work in America fueled a desire to relocate across the pond and lead STC. His productions of The Cherry Orchard, staged at New York’s Roundabout Theatre Company in 2016, Measure for Measure at the Theatre for a New Audience in 2017, and Hamlet for the Royal Shakespeare Company, which later toured to the Kennedy Center, were celebrated for their fresh, timely and contemporary relevance.

Simon’s dedication to directing inventive classical theatre in both the United Kingdom and the United States has not only attracted impeccably talented and diverse actors and fellow artists as collaborators, it has also earned him a reputation for making bold directorial choices that illuminate classic texts and resonate with audiences.

Please join us in welcoming Simon Godwin to his new artistic home.