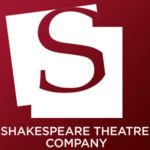 Listen in to a conversation on Twelfth Night with Shakespeare Theatre staff members Drew Lichtenberg and Hannah Hessel Ratner. Learn about Shakespeare’s comedy with a touch of melancholy and go deep into the rehearsal process with Heath Saunders who sheds light on the character of Feste and his own journey from musical theatre to Shakespeare.

Recorded at the Shakespeare Theatre Company by: