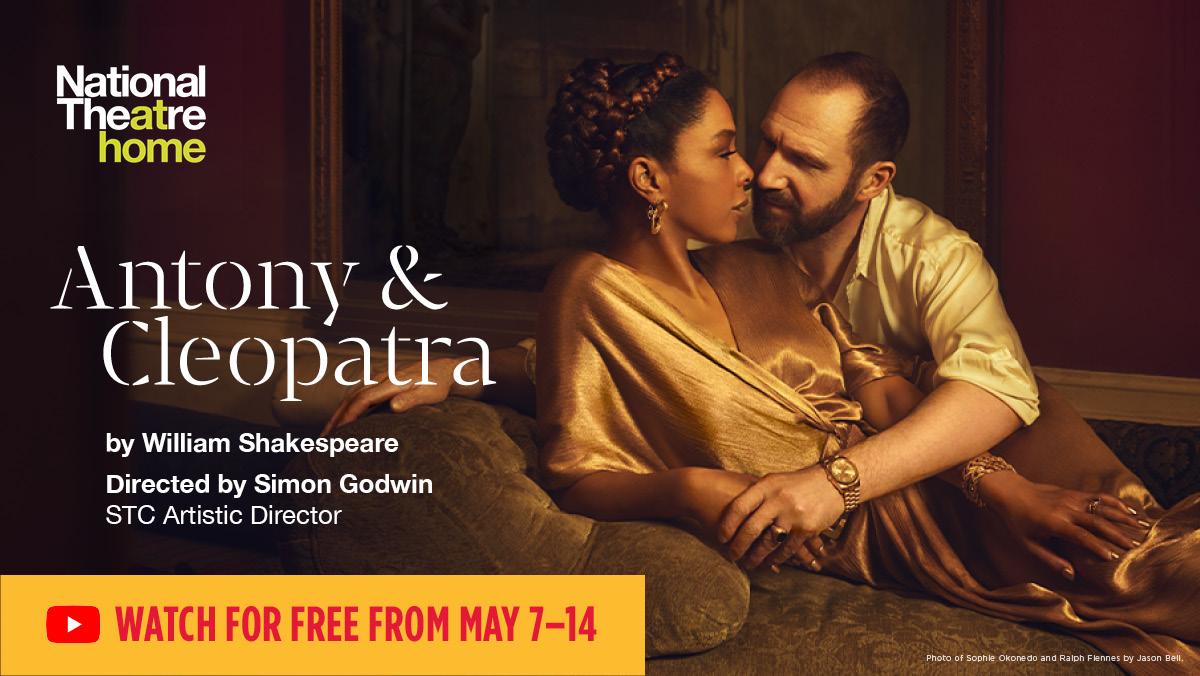 Beginning on Thursday, May 7, the National Theatre is streaming Simon Godwin’s award-winning 2018 production of Antony and Cleopatra, starring Academy Award-nominees and Tony Award-winners Ralph Fiennes and Sophie Okonedo as the fated lovers. The show is available to stream on the National Theatre’s YouTube page through May 14.

From the National Theatre:

This filmed performance contains some staged violence and flashing lights.

National Theatre at Home
Every Thursday at 7pm UK time, a much-loved National Theatre Live play will be made freely available to watch via the National Theatre’s YouTube channel for seven days. National Theatre Live have undertaken this because they believe theatre is for everyone and want to support theatre fans at home in these unpredictable times. They thank all of the amazing artists who have given their permission to share these plays in this way.