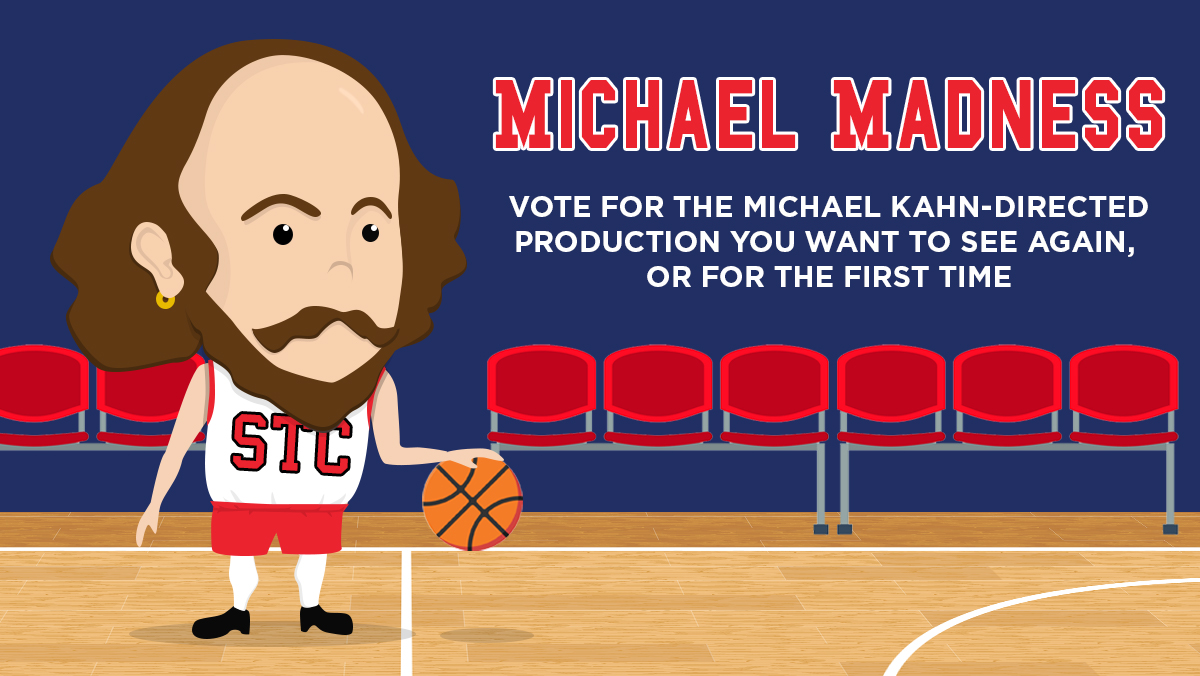 Let the games begin! In honor of Michael Kahn’s Grand Finale season as Artistic Director, we’re looking back at the 66 plays he’s directed at STC over the past 30 years. Vote below for the Michael Kahn production you want to see—again, or for the first time. Shakespeare plays will be battling classics from other playwrights, so check back as we get closer to crowning our winner!

Michael’s 66th and final production as Artistic Director is The Oresteia, beginning April 30. Watch us build the show in our four-part documentary series.

Directions: You don’t need to download anything. Select any pair of shows to begin voting and click the show you want to see. Continue through all the head-to-head matchups until you’ve selected a winner!