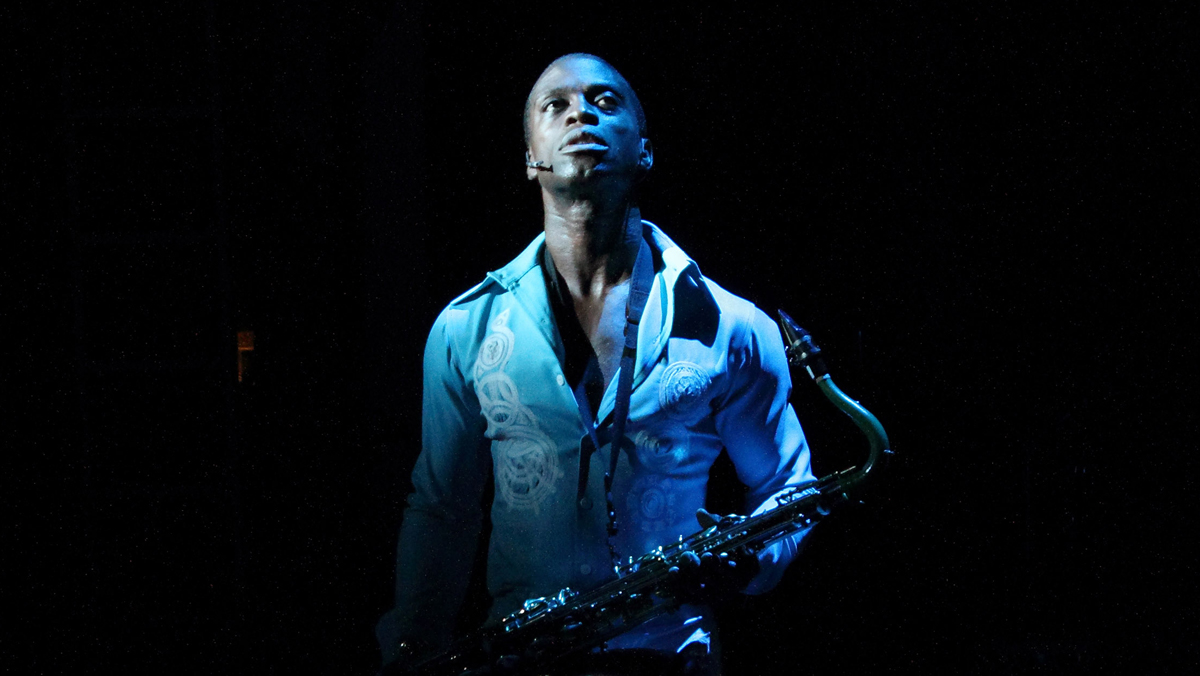 Correction:  Promotional materials from Shakespeare Theatre Company’s presentation of a Shawn “Jay Z” Carter & Will and Jada Pinkett Smith, Ruth and Stephen Hendel, FELA Broadway LLC in association with The National Theatre production of FELA!, stated incorrectly that the above photo of Adesola Osakalumi was taken by Sharen Bradford. That photo was taken by Rameen Gasery, not Ms. Bradford. Shakespeare Theatre Company regrets the error.

FELA! is the true story of the legendary Nigerian musician Fela Kuti, whose soulful Afrobeat rhythms ignited a generation.

Inspired by his mother, a civil rights champion, he defied a corrupt and oppressive military government and devoted his life and music to the struggle for freedom and human dignity.