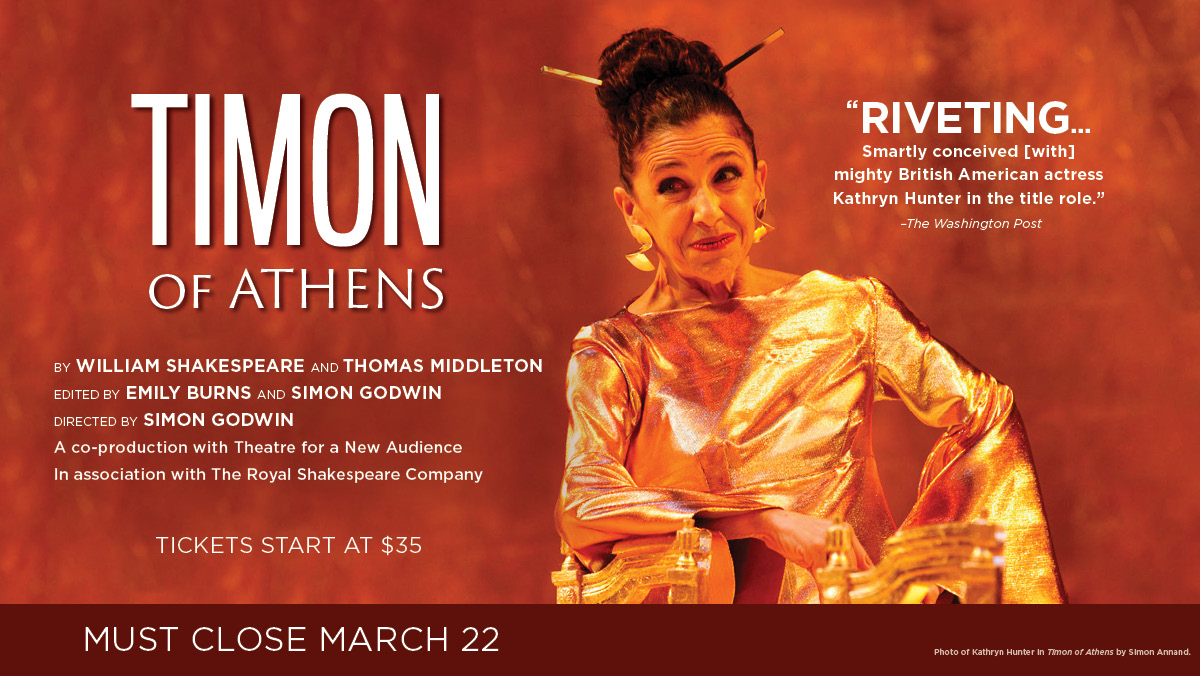 This show has been cancelled. Click here for details.

Artistic Director Simon Godwin makes his directorial debut at the Shakespeare Theatre Company with a restaging of his recent, acclaimed production of Timon of Athens, featuring Olivier Award-winner Kathryn Hunter in an “astonishing performance” (The Guardian). Timon lives in a golden world of opulence and generosity, throwing wild parties attended by politicians, artists, and the celebrities of Athens. When she loses her wealth and her friends abandon her, Timon takes to the forest, exchanging her luxurious gowns for sackcloth and plotting revenge against the city she loves. Godwin’s daring take on this rarely produced play yields “a parable for our times…and perhaps a nifty touchstone for spiritual renewal” (Daily Telegraph).

“SHOCKINGLY RELEVANT…Simon Godwin has given us a coup-de-théàtre, one which should resonate far and wide in these highly charged times.” –DC Metro Theater Arts

“SPLASHY…Kathryn Hunter is a surprise and delight in the role.” –BroadwayWorld

“TOP-NOTCH…You’re not likely to see a better production of this show.” –Brightest Young Things

“VISUALLY STUNNING…Keeps you enthralled from beginning to end.” –The Georgetown Dish 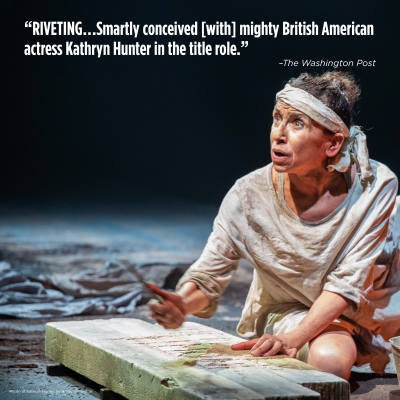 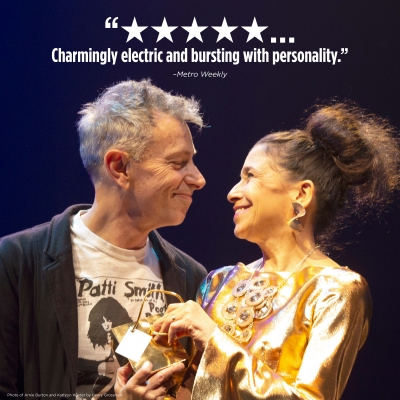 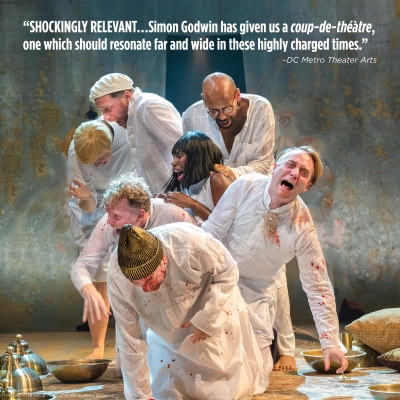 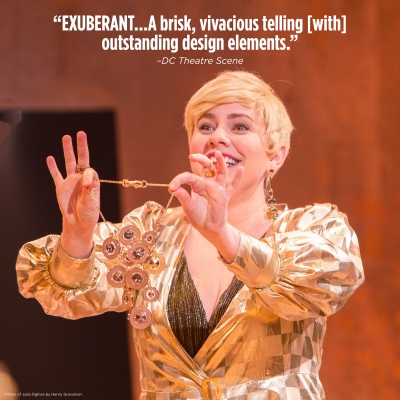 Underwritten by the Beech Street Foundation