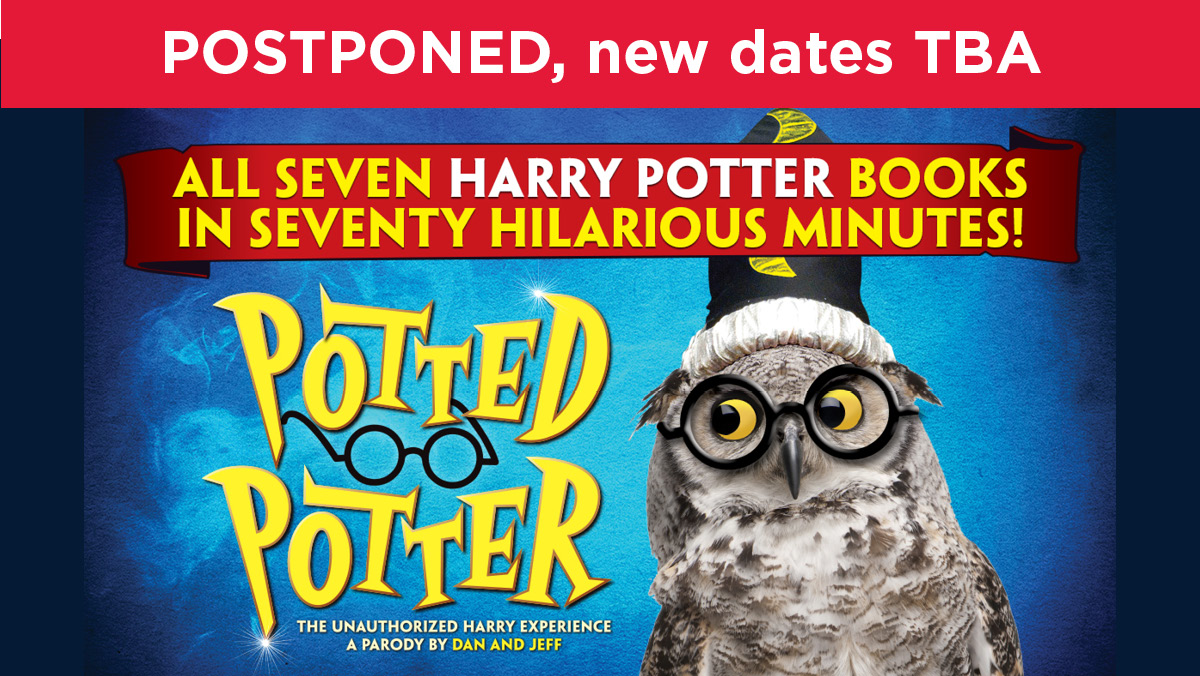 A Critic’s Pick by the New York Times, New York Magazine and Time Out London, Potted Potter: The Unauthorized Harry Experience—A Parody by Dan and Jeff, won the prestigious 2012 Olivier Award nomination for Best Entertainment & Family Show. Playing to sold-out houses worldwide and written by former BBC Television hosts Daniel Clarkson and Jefferson Turner, the play takes on the ultimate challenge of condensing, or “potting”, all seven Harry Potter books into 70 madcap minutes, aided only by multiple costume changes, brilliant songs, ridiculous props, and a generous helping of Hogwarts magic. The show also invites audiences to engage with a real life game of Quidditch, but according to Clarkson and Turner’s unique set of rules.

Whether you camped outside a bookstore for three days awaiting the release of the Deathly Hallows or you don’t know the difference between a horcrux and a Hufflepuff, the comedy, magic, and mayhem of Potted Potter makes for an entertaining and hilarious visit to the theatre. The fast-paced show, which has made audiences aged six to Dumbledore (who is very old indeed) roar with laughter all over the world, is perfect for the entire family.

Sidney Harman HallWritten by Daniel Clarkson and Jefferson TurnerRuntime: 70 minutes with no intermission