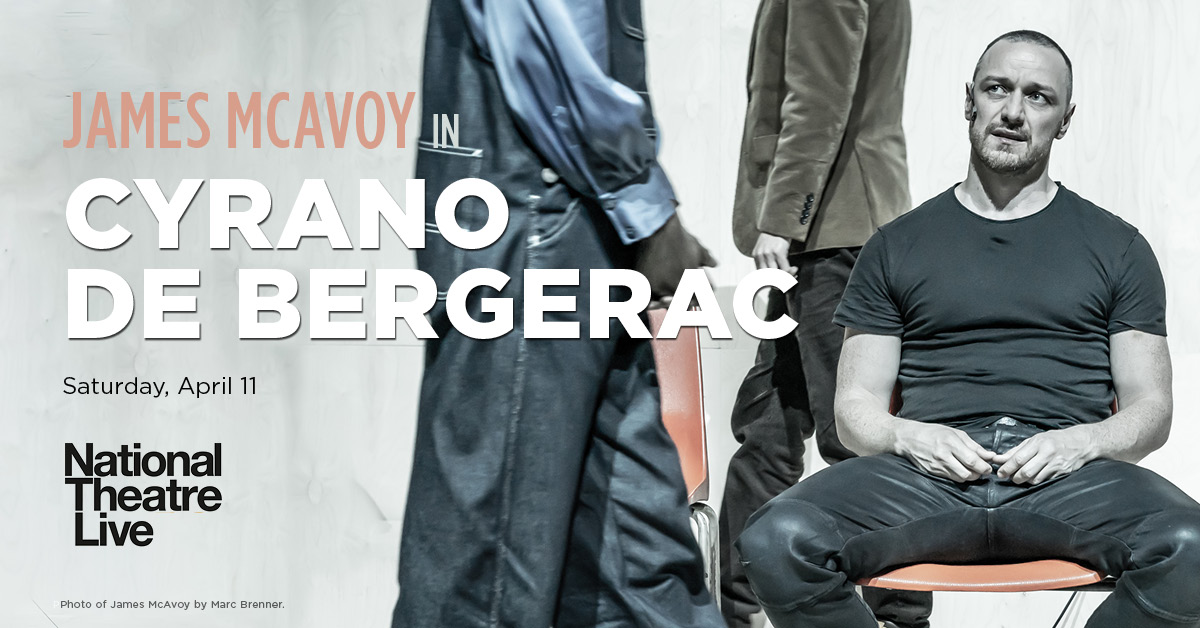 “★★★★★…The most breathtakingly exciting show in London right now.” —Evening Standard
“★★★★★…Funny, thrilling and deeply moving.” —WhatsOnStage
“★★★★★…I defy anyone not to fall in love with it.” —The Telegraph
“★★★★…James McAvoy is fierce in radical reboot of romantic classic.” —The Guardian
“★★★★★…McAvoy is spellbinding as Cyrano.” —Metro
“★★★★…James McAvoy shines as the lovelorn cavalier in this post-Hamilton take on the iconic French rhyming play.” —TimeOut

James McAvoy plays Cyrano de Bergerac, a magnetic soldier full of swagger and brilliant poet who is in love with his beautiful and intelligent cousin Roxane without her knowing. His one curse in his life, he feels, is his large nose and although it may have been a forming influence in his razer-sharp wit, he believes that Roxane will reject him. When the handsome but unpoetic Christian falls for the beautiful Roxane, he asks Cyrano to help him win her heart.