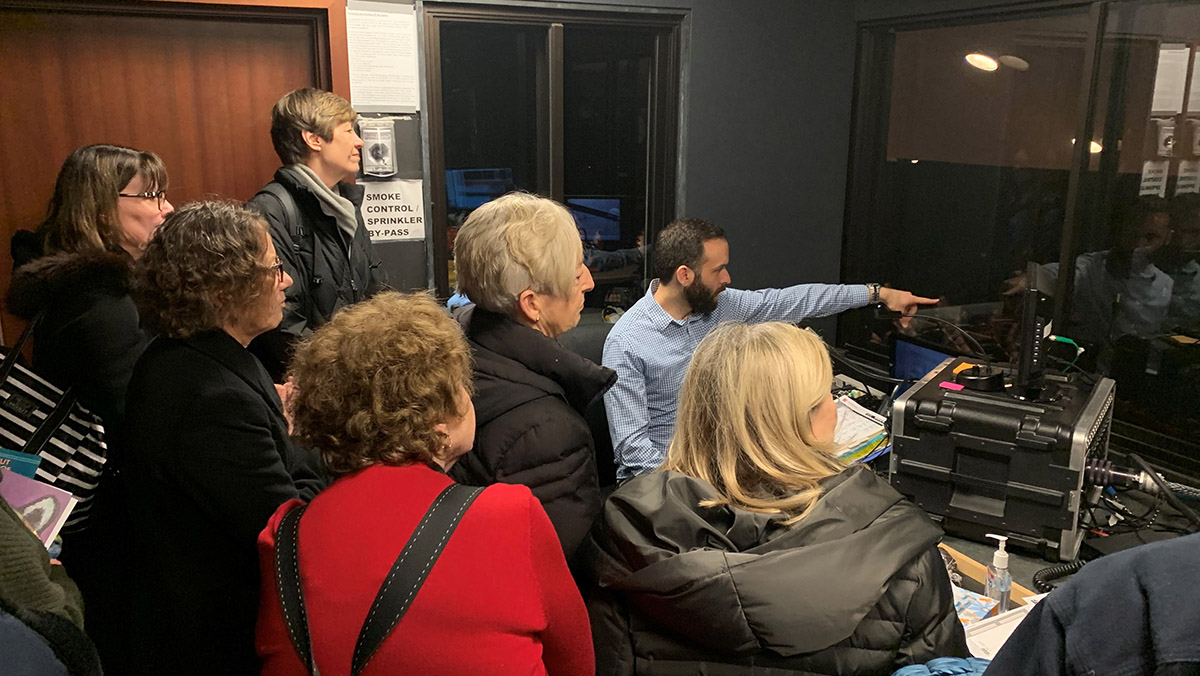 Thursdays, November 5 through December 17 (No Class on Thanksgiving, November 26)

Explore the nuances of verse in the 17th century with STC Teaching Artist Dan Crane. In addition to discussing the different genres and styles of drama utilizing verse throughout the Renaissance and Restoration, learn specific techniques to identify and analyze rhythmic variations and their impact on textual interpretation. Dive deeper into Shakespeare’s language while also looking at the works of his contemporaries like Marlowe and Jonson, and even the works from later in the century by playwrights outside of England like Moliere.


“Always an enhancing highlight to my STC season.”
“Outstanding, informative and designed to suit the play and production at hand.”
“This is my first experience with STC education and it was wonderful. I was very surprised at how much I learned about theatre and society.”
“Every salon surprises and enriches me- and the enrichment and the deep value increases with each session- thank you!”

Dan Crane, Resident Teaching Artist – Dan Crane was named the Resident Teaching Artist in 2016. Mr. Crane served as an Affiliated Teaching Artist with Shakespeare Theatre Company since 2006. He has also served as a Professorial Lecturer at The George Washington University and Howard University, and an affiliated teaching artist at Folger Shakespeare Library. Shakespeare Theatre Company acting credits include Romeo and Juliet, Richard III, and The Beaux Stratagem. Mr. Crane is also a Company Member with Taffety Punk Theatre Company, and received two 2012 Helen Hayes Award nominations for his work in Cyrano at Folger Theater and Hub Theatre’s Birds of a Feather. Other regional acting credits include work with companies across the United States, including Baltimore Shakespeare Festival, Idaho Shakespeare Festival, PCPA Theaterfest and Portland Center Stage (Oregon) to name a few. In 2013 Mr. Crane directed the Shakespeare Theatre Young Company production of Romeo & Juliet, which performed at the Festival International de Companias de Teatro Juveniles in Parla, Spain. As an instructor of Professional Development Workshops at STC, Mr. Crane specializes in communication and engagement strategy, applying creative arts approaches to business acumen. Workshop clients include the National Gallery of Art, Federal Energy Regulatory Commission, Foreign Service Institute at the US Department of State, Corporation for Public Broadcasting, AARP Foundation, Institute for International Education, and many more. In 2017 Mr. Crane was the lead trainer at the American Councils for International Education Foreign Leadership Exchange seminar in Tbilisi, Republic of Georgia. He trained at the Pacific Conservatory for the Performing Arts, holds a BFA from Ithaca College and an MFA from the Academy for Classical Acting at The George Washington University.