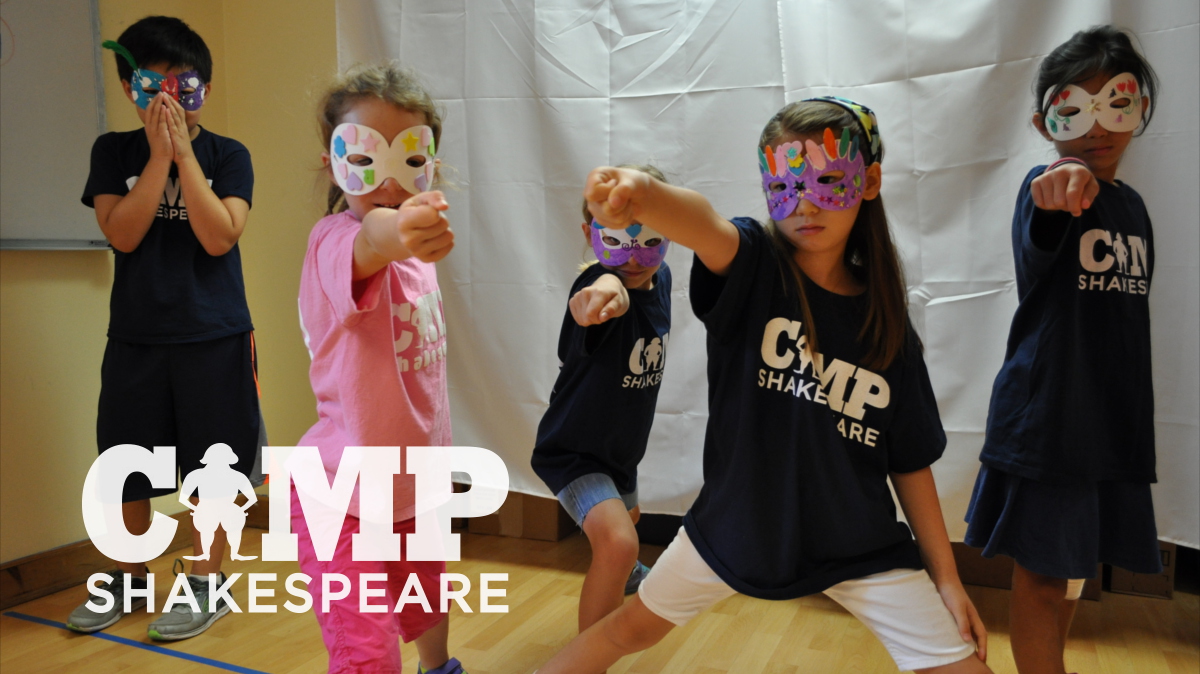 Poppets will be introduced to Shakespeare’s stories through creative play, theatre games and at-home art projects.

Schedule: We encourage students to attend as much Camp as possible to get the most out of the experience. We also understand that this is a challenging time for many families, and that students may be sharing devices, spaces, and other resources with those in their homes. That is why we have made attendance in classes optional. Attendance is required during daily rehearsals to participate in the recorded sharing Friday at 1:00 p.m.

The feud between two families results in the most tragic love story ever told.

A shipwreck on a magical island leads to reconciliation, love and forgiveness in this comedic tale.

Shakespeare’s classic story of bickering lovers, a kingdom of fairies, and some rude mechanicals who just want to put on a play.

Witches’ prophecies lead to endless tragedy for Macbeth, Lady Macbeth and all who disrupt their ambitions to be King and Queen of Scotland.

Much Ado About Nothing

Beatrice and Benedick duke it out in a battle of wits with a cast of hilarious characters including a foolish constable and a vindictive villain.

Rosalind and Celia run away to the Forest of Arden and find love, mischief and mirth in the woods.

After his father dies, Prince Hamlet discovers his uncle murdered him to become king. What will Hamlet do to make things right?

Music, love, laughter and merry deception mingle in one of Shakespeare’s most beloved comedies.