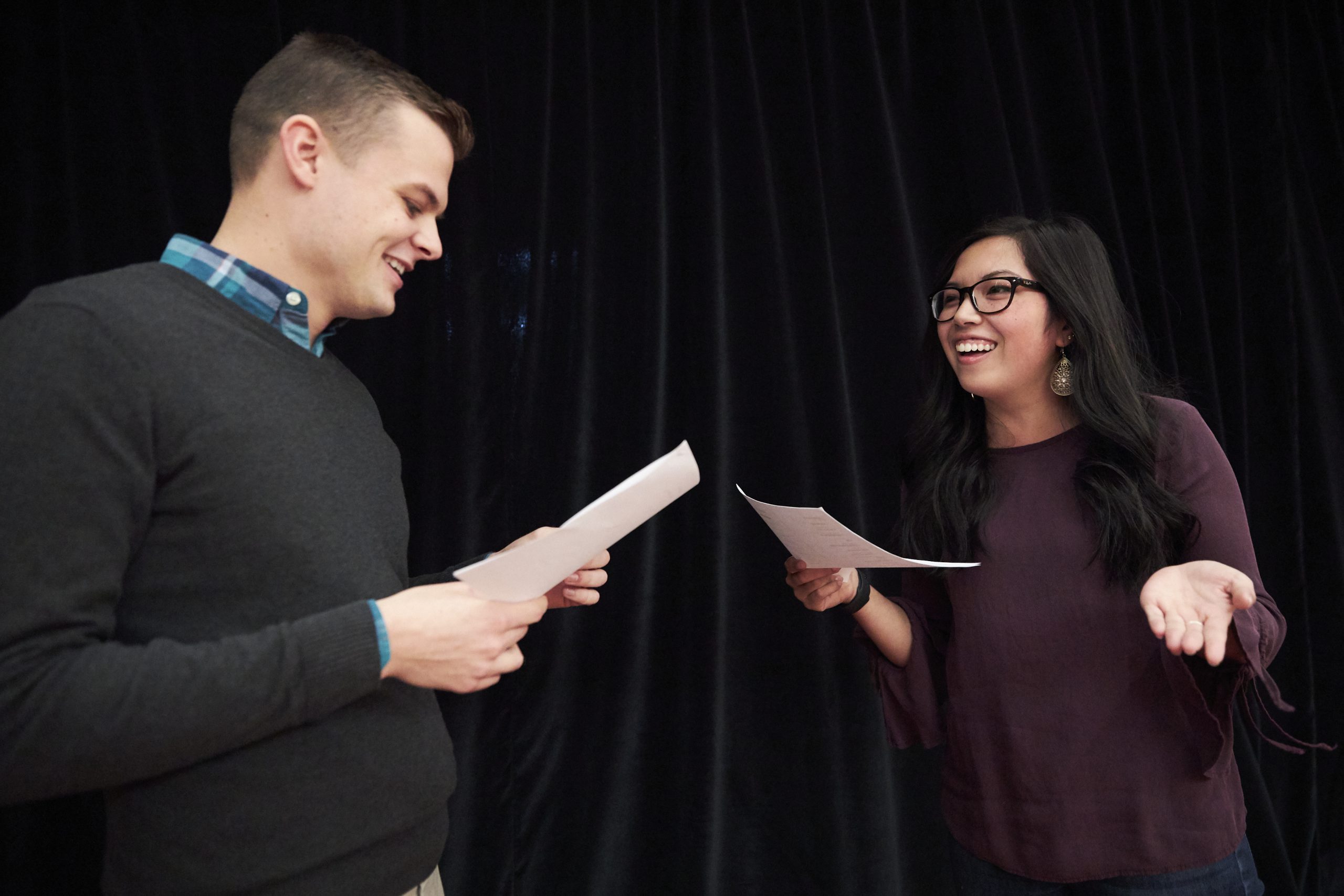 Instructor: Briana Gibson Reeves
Prior Experience: Prior participation in Introduction to Acting or equivalent recommended.

Plunge into scene work through in-depth text analysis, concentrated partner work and full investment in given circumstances. As the first step in the continued study of the craft of acting, students in this class explore ways to activate contemporary texts in rehearsal and performance.

Briana Gibson Reeves is an award-winning actress, singer, and mover with a theatre and film resume that spans over ten years of professional performing credits gathered all over the country. She is no stranger to the classroom as a former high school mathematics teacher who was named one of the top 10 teachers in her entire school district. Specifically, as a teaching artist, Briana has taught diverse student populations of varying ages across the DMV. She holds a Master of Fine Arts in Classical Acting from the Academy of Classical Acting at George Washington University in conjunction with the Shakespeare Theatre Company.  In addition to currently being an STC Teaching Artist, she is also an affiliated teaching artist with Everyman Theatre in Baltimore. Briana is a proud member of Actor’s Equity Association, the union for professional stage actors.