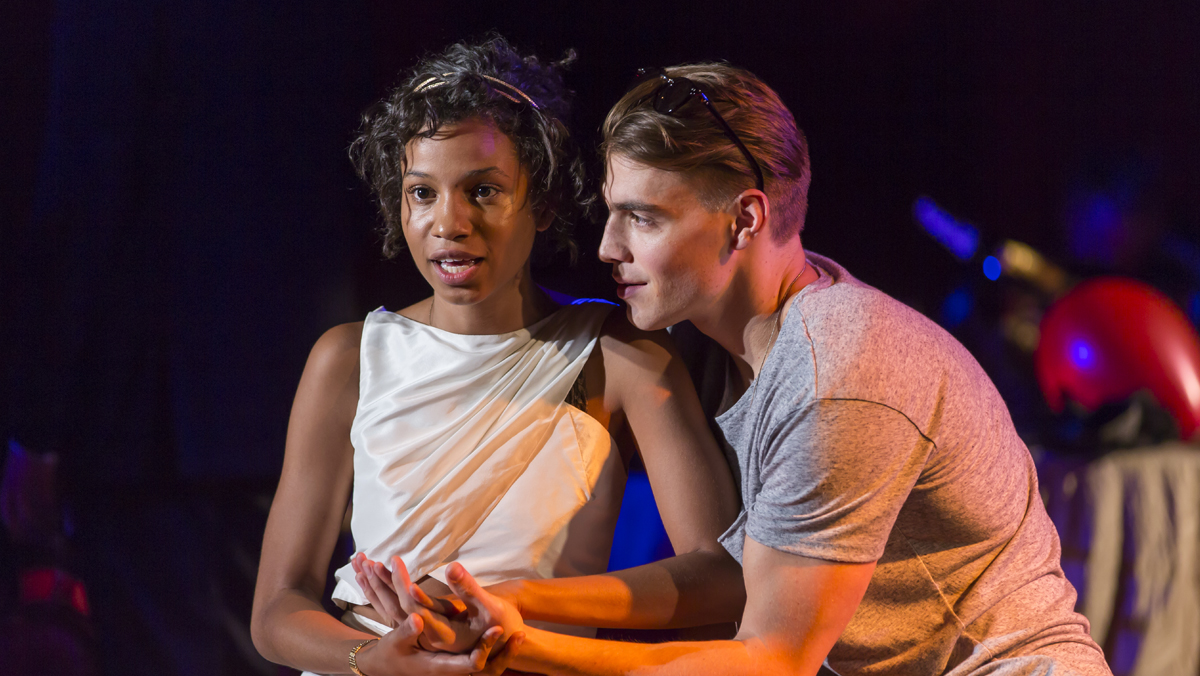 For more than 30 years the Shakespeare Theatre Company has dedicated itself to being the nation’s premier classic theatre. By focusing on works with profound themes, complex characters and heightened language written by Shakespeare, his contemporaries and those playwrights he influenced, STC’s artistic mission is unique among regional theatres: to bring to vibrant life groundbreaking, thought-provoking and eminently accessible classic theatre in a uniquely American style.

An Unwavering Commitment to Artistic Excellence

Originally named the Shakespeare Theatre at the Folger Shakespeare Library, STC’s first production, Romeo and Juliet, directed by Michael Kahn, opened in 1986. After six years in residency, the organization changed its name to The Shakespeare Theatre and moved mid-season to a new performance space: the larger, more adaptable 451-seat Michael R. Klein Theatre located in Washington’s Penn Quarter neighborhood. In 2007, after three years of construction, STC opened Sidney Harman Hall which features 774 seats and a flexible stage that can accommodate theatre, dance, music and film. Together, the Michael R. Klein Theatre and Sidney Harman Hall comprise the Harman Center for the Arts, a dynamic hub of activity that showcases STC as well as outstanding local performing arts groups and nationally renowned organizations.

STC has helped to revitalize both the Penn Quarter and Capitol Hill neighborhoods and drive an artistic renaissance in Washington, D.C. Today, programs such as Free For All, which was established in 1991, Happenings Happy Hour, created in 2007, and FREE WILL, created in 2014, give residents and visitors the opportunity to enjoy free or low cost performances.

Creating the Next Generation of Artists and Audiences

A leader in arts education, STC’s education initiatives teach and excite learners of all ages. Offerings range from school programs to Master Acting Classes to the Academy for Classical Acting, a one-year master’s program at The George Washington University. Beyond the classroom, educational opportunities like Creative Conversations are available to all in the community.

Honors for the Shakespeare Theatre Company

Theater Hall of Fame: In January 2013, STC Artistic Director Michael Kahn was inducted into the Theater Hall of Fame, which honors Lifetime Achievement in American Theater. Kahn was selected for his 25+ years as the visionary leader of the Shakespeare Theatre Company, his work as director of eight Broadway shows, and his tenure as the Richard Rodgers Director of the Drama Division at The Juilliard School.

Shakespeare Theatre Company received the 2012 Regional Theatre Tony Award® during its 25th Anniversary Season. The Regional Theatre Tony Award® honors a non-profit, professional regional theatre that has displayed a continuous level of artistic achievement contributing to the growth of theatre nationally. Based on a recommendation by the American Theatre Critics Association, the award is presented annually by The Broadway League and the American Theatre Wing.

One of the country’s most prestigious cultural honors, the Helen Hayes Awards celebrate outstanding achievement at professional theatres throughout the Washington metropolitan area. Since 1986, STC has won 105 Helen Hayes Awards and earned 445 nominations.