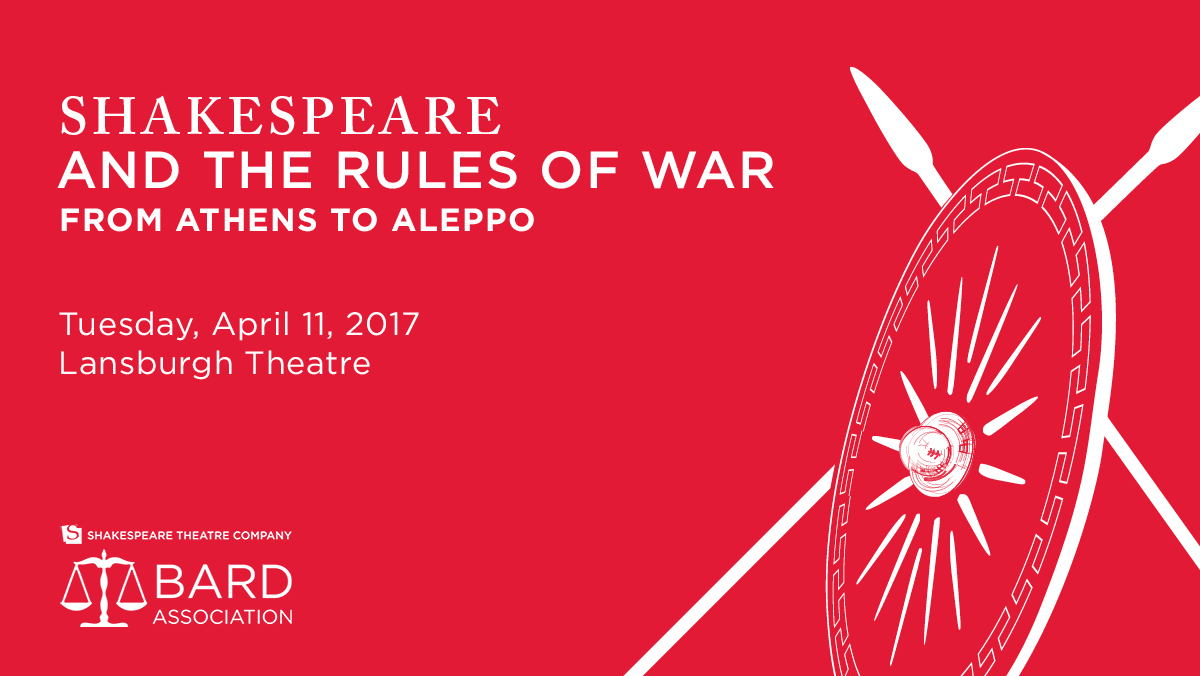 Join us in the Lansburgh Theatre on Tuesday, April 11, 2017 at 7:00 p.m. for the next chapter of the Shakespeare Theatre Company Bard Association’s signature discussion series: Shakespeare and the Law.  Shakespeare and the Law panels conduct in-depth examinations into the roles of lawyers and legal issues in many Shakespeare plays and classical theatre pieces. This spring’s event will focus on Shakespeare and the ethics of war, specifically the rules and treatment of civilians, exploring works like Henry (IV, V, VI and VIII), Julius Caesar and Titus Andronicus. There will be a wine and hors d’oeuvres reception following the program. 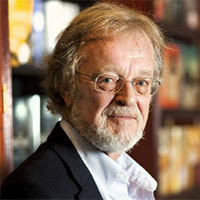 BERNARD CORNWELL (Panelist), New York Times bestselling author. Born in London, he made his early writing career in television. He was editor of Thames Television News in London and, before that, Head of Current Affairs for BBC Television in Northern Ireland. In 1980 he married an American, immigrated to the USA and became a full time writer. He is now a US citizen and has written 54 novels and one non-fiction book, Waterloo. His work has included a unique examination of warfare ranging from the same battles addressed by Shakespeare, his incomparable novels on the adventures of Richard Sharpe in the Peninsular War, his more recent work on the period of King Alfred, and so many other periods of history. He and Judy divide their time between Charleston SC, and Cape Cod. 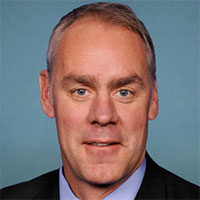 THE HONORABLE RYAN ZINKE (Panelist),Secretary of the Department of the Interior. Former member of the US Congress, and the Montana legislature, Secretary Zinke was the center for the Oregon Ducks football team, before serving several decades with great distinction in the US Navy. Secretary Zinke currently controls approximately 40% of the U.S. land mass as Secretary of the Interior, where he has indicated his intent to emulate the values of President Theodore Roosevelt in his stewardship. Sec. Zinke  will share his perspective as the former commander of  a celebrated SEAL unit, and his recent book, American Commander: Serving a Country Worth Fighting For and Training the Brave Soldiers Who Lead the Way is required reading for those who wish to understand how to lead  soldiers in combat. He will provide a modern view of the ground commanders responsibility. 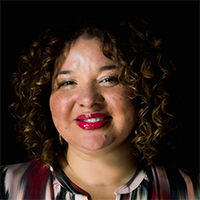 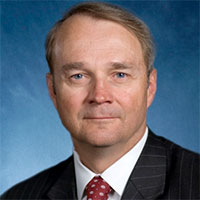 DR. DALE W. MEYERROSE (Panelist), Ret. Major General, US Air Force. A graduate of the US Air Force Academy, Dale ended his distinguished career of government service as the first President-appointed, Senate-confirmed chief information officer and information sharing executive for the US Intelligence Community. While on military active duty, he served as chief information officer of three major US Air Force commands and three unified US military combatant commands. He was the director of command control systems for the North American Aerospace Defense Command during 9/11 and the first chief information officer for US Northern Command. He will address form  his personal experience how the rules of war impact the use of US air power in such conflicts as DESERT STORM operations combat operations in the Balkan Peninsula. Dr. Myerrose has a Phd. awarded by Syracuse University in information technology and is a sought after consultant. 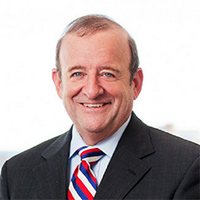 STEPHEN M. RYAN (Moderator), head of the Government Strategies Practice Group in the law firm of McDermott Will & Emery LLP in the Washington, DC. He previously served as general counsel of a US Senate Committee, as an organized crime prosecutor and Assistant US Attorney in the US Dept. of Justice and represents major US multi-national companies in  lobbying. Mr. Ryan is in his third term on the Shakespeare Theatre Company Board of Trustees and is one of the  leaders of the Theatre’s legal-affinity group, the Bard Association with  Trustee Abbe Lowell, who heads the Bard.

All participants are subject to change.

*Student tickets can only be purchased by calling the Box Office at 202.547.1122. Students must provide a valid student I.D. when claiming tickets at Will Call

For questions about this event or to learn more about the Bard Association, please email us at BardAssociation@ShakespeareTheatre.org.

Shakespeare and the Rules of War