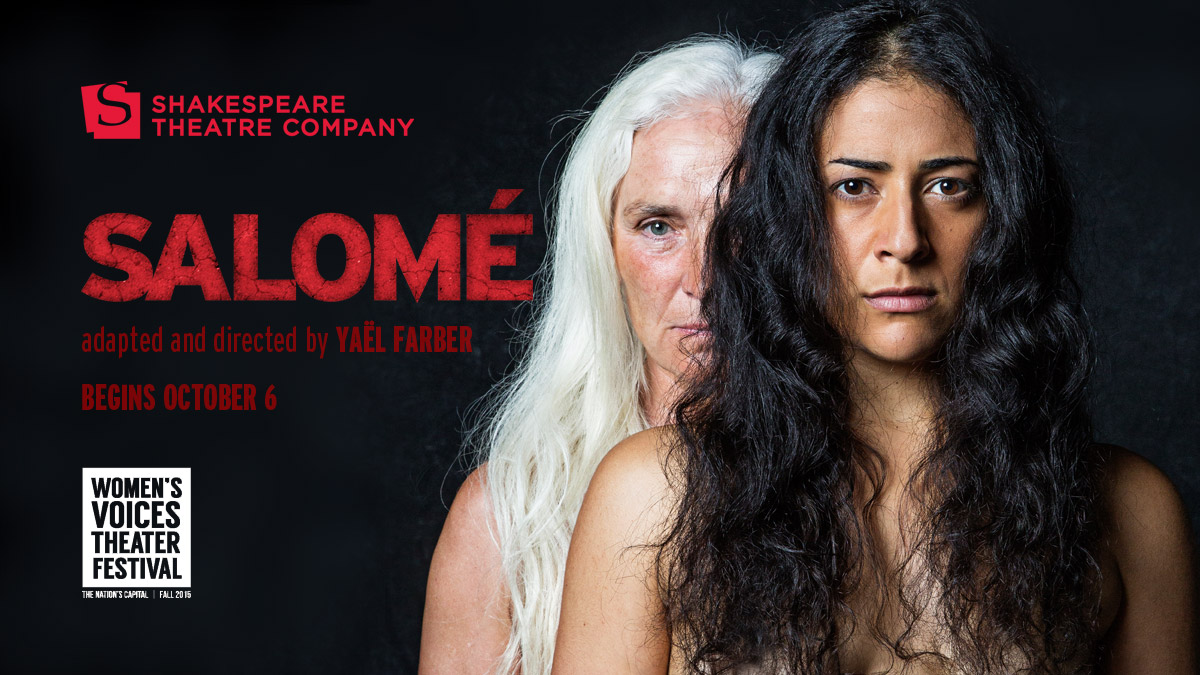 “What happened out there at the end of the desert?
The Sea of Death quiet and deadly—rising before me.
Of that night I never spoke again.
But I remember.”

The story has been told before, but never like this. A fortress called Machaerus, sandy cliffs perched high above the Sea of Death. A holy man from the wilderness, demanding freedom for his people, locked deep beneath the ground. A nameless woman, written into history, by others, known to us as Salomé, whose mysterious act changed the course of history. In this new work, internationally acclaimed adaptor/director Yaël Farber reworks Oscar Wilde’s play with ancient Arabic and Hebraic texts. The result is an urgently relevant exploration of the woman’s voice in history, oppressed people’s power over their own bodies, and the explosive connections between religious and political uprising.

Salomé marks STC’s entry in the Women’s Voices Theater Festival with this new adaptation by Farber, a multiple award-winning director and playwright with a reputation for hard-hitting, artistic works. Her productions have toured extensively internationally, and include Nirbhaya, Molora, Woman in Waiting, He Left Quietly, Amajuba, Mies Julie—a Helen Hayes Award-nominated Presentation at STC in Fall 2013—and an acclaimed production of Arthur Miller’s The Crucible.

Women’s Voices Theater Festival
The Women’s Voices Theater Festival, which boasts participation from more than 50 theaters throughout the Nation’s Capital region, is dedicated to featuring new work by female playwrights and highlighting the scope of plays being written by women. More information on the two-month festival can be found at womensvoicestheaterfestival.org.

*Members of Actors’ Equity Association, the Union of Professional Actors and Stage Managers.

This production contains nudity and graphic themes.
Salomé was commissioned through a grant from the Beech Street Foundation and is sponsored by the Share Fund.