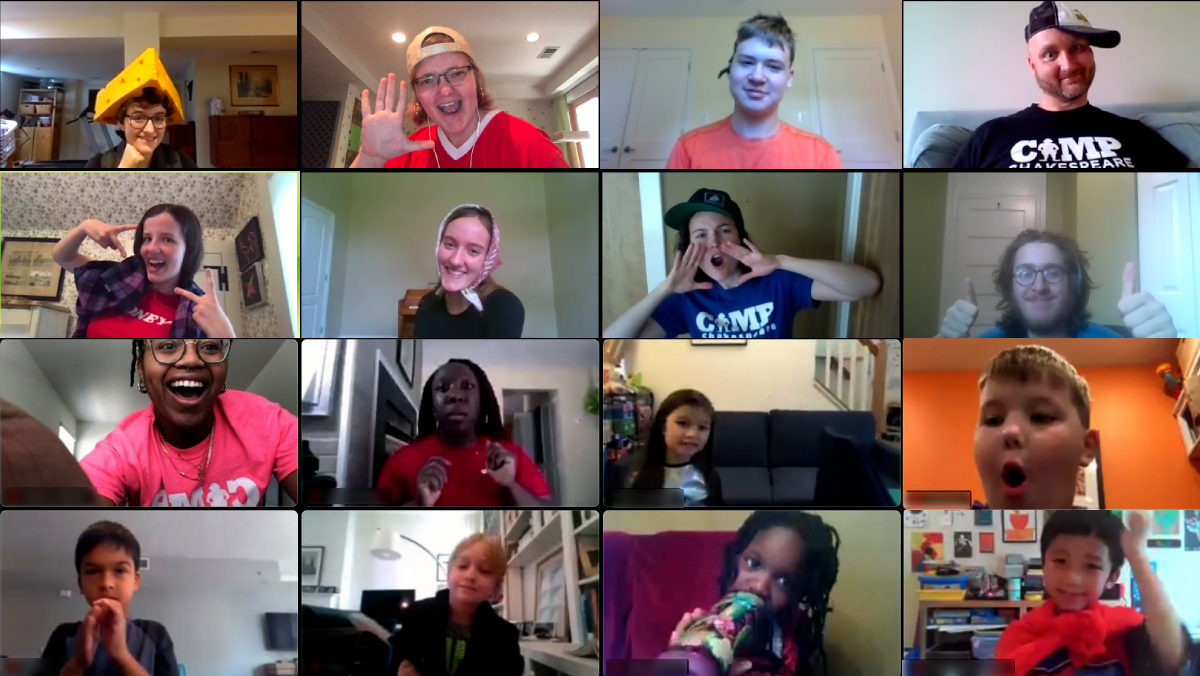 Artist in the Classroom: Workshops & Residencies

Artist in the Classroom (Now ONLINE!)

Artist in the Classroom provides a Shakespeare Theatre Company Teaching Artist to engage students in an exploration of Shakespeare’s text as it was originally intended, through performance! With options for a single workshop or full residency, Artist in the Classroom can focus on the Shakespeare play of your choice. Students will deepen their understanding and appreciation for these timeless works while navigating language, themes, plot and characters…then, bring all of these elements to life!

The World of the Play

A comprehensive full workshop that covers an entire play in one visit! Students will discover the themes and act out the plot while making personal connections to a Shakespeare play.

Students will break down barriers to understanding and make connections to text as we investigate how Shakespeare uses language to tell stories and create characters. Through examining verse, prose, and identifying iambic pentameter, students will discover how Shakespeare made intentional choices with language. Students will learn to paraphrase and find operative words to inform character choices as actors who perform Shakespeare.

In an introduction to acting and stagecraft, students will explore classical acting techniques to give them the ability to make bold, expressive acting choices with heightened language.

Studying one scene from a play, students will investigate how Shakespeare directs actors through internal stage directions hidden in the dialogue. The workshop will culminate with students rehearsing or performing the scene.

Students will demonstrate how to use classical acting techniques and text analysis to rehearse and perform a scene from a Shakespeare play.

STC offers multi-visit residencies that combine elements from our individual workshops into an extended experience for students to dive deep into Shakespeare exploration!

This residency includes five workshops culminating with a performance of a scene from one of Shakespeare’s plays! The five days include workshops The World of the Play, Performing Shakespeare’s Language, Acting Fundamentals, Shakespeare Scene Study, Rehearsal and Performance.

Schedule your workshop or residency by completing the application HERE. For questions, contact School Programs Manager, Ashley Buster, by email.